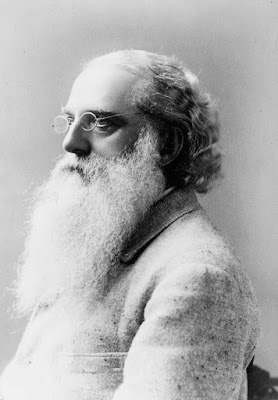 Excerpts from "The Buddhist Catechism" by Colonel Henry Steel Olcott

71. Q. Did those five companions readily listen to him?

A. At first, no; but so great was the spiritual beauty of his appearance, so sweet and convincing his teaching, that they soon turned and gave him the closest attention ...

116. Q. When our Bodhisattva became Buddha, what did he see was the cause of human misery? Tell me in one word.

A. To dispel Ignorance and become wise (Prajna) ...

118. Q. Why does ignorance cause suffering?

A. Because it makes us prize what is not worth prizing, grieve when we should not grieve, consider real what is not real but only illusionary, and pass our lives in the pursuit of worthless objects, neglecting what is in reality most valuable.

A. To know the whole secret of man’s existence and destiny, so that we may estimate at no more than their actual value this life and its relations; and so that we may live in a way to ensure the greatest happiness and the least suffering for our fellow-men and ourselves ...

A. He rises before daylight, washes, sweeps the vihara, sweeps around the Bo-tree that grows near every vihara, brings the drinking-water for the day and filters it; retires for meditation, offers flowers before the dagoba, or relic-mound, or before the Bo-tree; then takes his begging-bowl and goes from house to house collecting food which he must not ask for, but receive in his bowl as given voluntarily by the householders. He returns, bathes his feet and eats, after which he resumes meditation ...

270. Q. Must we believe that there is no merit in the offering of flowers (malapiija) as an act of worship ?

A. That act itself is without merit as a mere formality; but if one offers a flower as the sweetest, purest expression of heartfelt reverence for a holy being then, indeed, is the offering an act of ennobling worship .

A. He pursues his studies. At sunset he again sweeps the sacred places, lights a lamp, listens to the instructions of his superior, and confesses to him any fault he may have committed.